A weird thing happens to me in life.  People either don’t take me seriously at all (I blame the blonde hair), or they hand me the keys to an entire unit of inmates.  I wish that was just a metaphor, but no they literally handed me the keys.  Because why not put a 20 year old white girl in charge of a unit of inmates?  What could possibly go wrong?

One of the COs came to me to tell me that they were short kitchen staff.  It was apparently my job to walk into the commons filled with hungry inmates and tell four of them that they needed to serve in the kitchen line.  Don’t worry we will pay you a whole $0.25 an hour.  I don’t understand who wouldn’t love to do that.  I am of course oozing with sarcasm as kitchen duty is hated by all.

“Well you are the big boss.”

Yes that is me, the big boss.  Watch out, big boss is on the move.  Don’t mess with me.  I mustered as much confidence as I could, and then walked into the commons.  I told the first four guys I saw that they were on kitchen duty and then left before anyone had the chance to argue with me.  I thought I had made it out alive, when the room erupted into whistling.  I was not in the mood for this today.  Well any day really, but especially not today.

One of my gifts is the ability to give someone a look that shuts them up faster than any words could.  I don’t really do it on purpose, nor do I have any idea what it looks like.  But my siblings have told me it exists, so I believe them.  This look came out in full force the moment I turned around.

For the first time since I started working there, I think I saw slight traces of fear in their eyes.  I had my finger up pointing it like a disapproving mother. I put on my big girl pants and yelled, “The whistling stops here!” and then turned around and walked out.  One inmate had the audacity to bark at me, but never again did they whistle.

Luckily for me, there were no more naked inmate fights.  However one day I would arrive at the scene of a fight to find that someone had already loosed their entire can of pepper spray.  Oh that burns, that literally burns everywhere.  My eyes, my lungs, everywhere.  I turned around and ran straight outside.  It didn’t help.  I was coughing up pepper spray for the rest of the day.  So were the rest of my co-workers.  Weirdly enough those were that type of mutual suffering were the things that bonded us together.

Needless to say, there was never a dull moment. Here is an example of a “normal” conversation:

Let’s call him Fred.  Fred was a nice guy in his 50s.  He came to my office first thing in the morning before my brain had enough coffee to wake itself up.

Fred looked like he was going to ask me about something, but then got distracted and said, “You look like you should be barefoot and pregnant somewhere.”

“Excuse me?”  My under-caffeinated brain was trying to process if I heard what I think I heard.

“I just mean that you look like the type of girl who shouldn’t be working in a job like this.  You should have a husband who goes to work for you as you sit at home barefoot and pregnant.”

It takes quite a bit to leave me speechless.  This was one of those moments.  I could tell Fred was not trying to malicious, he was just making an observation.  Fred was also old enough that he probably came from an era when that was normal for a woman to do.  I just stared at him for a while.  Once my brain caught up to what had just happened, I muttered something about female rights and how I wanted to be working.

Did Fred come into my office just to tell me that?  Yes, yes he did.

I survived all of it – the good, the bad, the crazy – all of it.  I am not sure how, but I know that I did.  During my first month there, one of the veterans told me that this place would change me.  I will never forget that conversation.  He was right, but it didn’t change me in the way that either of us expected it to.  It forced me to look at the world with eyes wide open, and I have always been grateful for that.

**** I was talking to a good friend who I asked to give me feedback on my blog.  He told me, “Its good but I am left feeling like I want to know more about you.”  Huh I guess I didn’t realize people would care about that stuff.  So I decided to write a series of memoirs about my life experiences, because I some how find myself doing things like catching chickens in Africa or running to stop a fight among inmates.

Up next is Memoirs of a Prison Intern Part 3.  I was only planning on doing two parts, but part 1 brought up some very good discussion on social stigmas of criminals.  This is something that I am very passionate about, and I simply could not fit it into this blog.  So Part 3 will be more serious, but something I believe is important for everyone to understand.

6 thoughts on “Memoirs of a Prison Intern Part 2 – the Good, the Bad, and the Crazy” 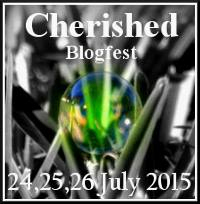